Oh how I dream of a day where I figure out a concise (yet FUN[!]) way of going about these trade reviews that I find acceptable, to me.  Because I am the only important member of my audience.  But for now NEW YEAR NEW FORMAT ATTEMPT, Rose-y and Thorn-y MLB Comps and me attempting to anger people by attempting to analyze their thought process and shit like that.  Winners are obviously my humble and correct opinion, your mileage may vary.

Let’s look at what January hath brought us thus far shall we?  [UPDATING]

JAKE BAUERS, 22.25 year old Rays 1B/OF prospect of some repute. Most famous for hitting a lot of dongs in spring training last year and then not even SNIFFING the major league roster cuz the Rays are dicks. Hit 13 HRs, stole 20 bags, OBP’d at .368 at AAA last year. WHICH IS PRETTY SEXY WHAT WAS I DOING. These latest overall prospect ranks are from like July or some shit (except MLB.com who knows what they are doing and they are as follows:  Baseball America Top 100- 66  , BP Top 50- N/R, MLB.com top 100- 73.  Rose-y MLB Comp:  Brandon Belt     Thorn-y MLB Comp:  James Loney

THIS ONE is pretty easy since I complete know half of the thinking. The  Babadooks were thinking Lewis Brinson might not be up to start the season and Scott Kingery probably gets held back til May or June and they wanted JP’s 60 High Minors ABs to bridge the gap until Kingery or Willy Adames or SOMEBODY steps up. There is also the chance JP turns out to be as good as he was supposed to be and then he can stay. May be one of those “better baseball player than fantasy baseball player” types however.

The Bonerz were thinking they weren’t too attached to JP when the  ‘Dooks came calling, and their asking price was minors folks and the  Babadooks just kinda willingly threw Flaherty in there so what the fuck. The Bonerz are pretty set up the middle but less so at 1B, hence Jake Bauers might fill that void as soon as May or June or even OPENING DAY who knows. I do have it on good authority they could have had Anthony Alford instead but chose Bauers, so yanno debate that amongst yourselves if that was right or wrong or what.

THE MORNING WOOD. As with most of my dealings with this franchise it wasn’t about winning or losing. It was about 60 measly High Minors ABs in April and freeing up a MI spot to an entire year’s worth of minors guys. #AprilWinsMatter

JAKE ARRIETA, 31.77 year old SP WHO NOBODY EVEN WANTS RIGHT NOW. If you are the Bad Dudes you have to be concerned nobody signs him and he just quietly retires and fades into the ether. If he doesn’t do that, you might get a decent workhorse here. who knows what you are getting here.  8.71 K/9 and a 3.53 ERA (4.16 FIP) in an up and down 2017. Without such ups and downs the Slugs would never have parted with him, as he was dominant in 2014 and 2015 and pretty fucking good in 2016. What 2018 holds we shall I guess find out (assuming somebody signs him).

JIMMIE SHERFY, 26 year old reliever for the DBacks and HELL he might be the closer sometimes, I have no idea what they are doing there. 11.20 K/9 and a 3.12 ERA (3.62 FIP) in 49 AAA innings in 2017, then 7.59 K/9 and ZERO RUNS ALLOWED (2.03 FIP) in 10.2 innings for Arizona. 10.2 innings is not much to go off of, but I have seen AT LEAST one blog saying he should be Arizona’s closer and that counts for something around here because blogs tell the truth. Supposedly his mechanics used to be a mess with the walks to go along with it but now those have been smoothed out? Supposedly? Fastball Curveball Changeup pitcher, and in his short AZ stint through the curve more than the 93 mph “heat” (50.6 % CB 47.4% FB). NOT ON PROSPECT LISTS STOP ASKING.  Rose-y MLB Comp:  David Robertson (nailed it)     Thorn-y MLB Comp:  Justin Grimm (nailed it)

ERVIN SANTANA, 35 year old Twins SP who just put together the season of his fucking life. 211 IP, 16-8, 5 COMPLETE GAMES (3 CG SOs), 7.11 K/9 and a 3.28 ERA (4.46 FIP). Look man……every year some pitchers have this sorta year, they totally do not deserve to be good and yet they are good. OBVIOUSLY credit where credit is due, you have to have your shit working to throw 3 shutouts. I would not expect a repeat performance in 2018 (he is 35) but he is also economical with his pitch counts, and the Twins don’t care if his arm falls off anyways, so don’t rule out a few key CGs for the Slugs.

For the Bad Dudes, the regular season is but a prelude to the postseason and I have to think this deal had a little bit of that in mind. Zach Britton won’t contribute until mid-summer if at all, perhaps there’s hope for Joe Jimenez to be established by then as well, Arrieta either is good at that point in time or he is gone. If Britton comes back and regains his pre multiple injuries form (a big IF) he is a better asset than Wade Davis (particularly Coors Wade Davis), and that’s the gamble of the Dudes here.

For the Banana Slugs, I gotta think they had heart eyes emoji for Sherfy first and foremost as they loveeeee their minors relievers (and sometimes their minors). There is also the allure of the potential for a few Ervin Santana CGs at a few opportune moments, and there is also the fact that Wade Davis is good and should still be good in Coors ONE WOULD THINK. I mean fucking Greg Holland pulled it off and Wade is better than that guy.

THE BANANA SLUGS. Give me the Banana Slugs here, though it was pretty even and there is significant risk on both sides. However the Slugs made themselves better immediately and the Bad Dudes might have only made themselves better down the line maybe. Also I am inclined to pick against people that receive draft picks in these things because I am anti-draft pick trading. Also I MEAN IS JAKE ARRIETA EVEN GONNA PLAY THIS YEAR?

Future January trades will be added as they appear MAYBE.  There is also a looming ESPN shutdown, my guess is first week of February. There is also potential for all sorts of preseason content, potentially (10 teams in 10 days feels like it will return at a minimum). You have been properly warned. 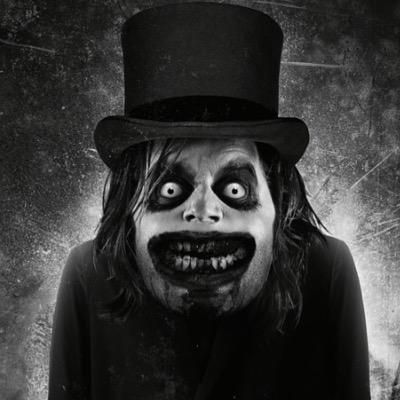