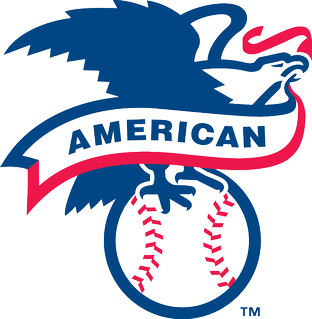 Week 15 saw the AL SWEEEEEEEP the matchups, which is unfortunate. It also saw the league get all bunched the fuck up, as the 3-5 seeds all currently share the same record and ditto for the 6th and 7th seeds. So we are currently relying on our zaneeeeeey tiebreakers to sort out that mess, like I told you people earlier division matchups should have mattered to you more at the time. And now here we are with your division records being what they are. Go back and pull up the Week 13 review if you wanna see ’em. While you are doing that I will review this stupid goddamned Week 15…..

LVP:  Jeff Hoffman  –  I dunno who is ever to blame here? We can just blame Jeff Hoffman and move on, I mean THIS WAS A GUY that was a return in the Brian Dozier trade and here he is just dropped now following his Week 15 start. It is almost like that wasn’t a good trade or something.  3 IP, 7 ER, 2 Ks, 21.00 ERA

ASSORTED MUSINGS/ANALYSIS:  Just HOW did this result occur you ask? Glad you asked. GOOD ENOUGH numbers for RRF defeated piss poor numbers for QTC. That is how. The Bonerz put up the worst totals for the week in Runs, HRs, RBIs, and Strikeouts and uhhhh the Renegade Force did better than them in other stuff too. The Bonerz did put up an impressive 7 Saves from their trio of solid savers but yanno, this is also the matchup where 7 Saves is pretty much 5 or 6 Saves too many. A MORE COMPETITIVE FRANCHISE might have not even had enough closers active in the week to amass such a Saves total. What I am saying is that I am playing the Renegade Force this week and I will use less than 3 closers probably the whole time. Is what I am saying. After two straight 11 category victories (and a record of 3-0-1 in their last 4) Rojo’s Renegade Force find themselves in the playoffs as the #6, they now head to Manchester to take on the top-seeded MooniniteZ. As for the Q-Tip City Morning Wood, they still haven’t won since starting out 2-0. KINDA IMPRESSIVE AT THIS POINT. I do not foresee another victory for them and they are in need of wholesale changes if they want to win a 3rd game next season.

MVP:  Michael Wacha  –  Whoaaaaa Michael Wacha has been good, which might help to keep the Titans pitching stats all nice and pretty as they endure ace injury after ace injury  no just two ace injuries at the moment. OH but also Syndergaard and Pineda but I don’t want to declare Pineda an ace so just the two fresh ace injuries and then Noah. We can all barely remember when the Titans traded for Noah. But ANYWAYS yea Wacha was good in one of his 2 starts last week.  15 IP, 5 ER, 14 Ks, 1 QS, 1 W, 1 CG, 3.00 ERA

Titans Pitcher Of Note:  UPDATE to the aces injured stuff, Stephen Strasburg is probably fine and he had one great start last week and might have had another if not for a pesky stiff forearm (9 IP, 1 ER, 13 Ks, 1 QS, 1 W, 1.00 ERA).

ASSORTED MUSINGS/ANALYSIS:  And this sad championship defense saddddddly rolls on, as the OGTFC suffer a very bad loss at a very bad point in the season to the 9th ranked Titans. This one knocked the OGTFC out of the playoffs, for the time being, and also deprived us all of getting to see an ugly yet symmetrical 5-5-5 record. Not much went well for the Trout Fishing Club, as they swatted their way to a tied-for-worst-in-Week-15 8 HRs and scored a would-have-been-worst-if-not-for-Bonerz 35 Runs. The Titans did better in these categories and also pitched to a pretty 2.403 ERA, which helped them grab a 5-2 advantage on the pitching side of things. For the Titans the playoffs may be a longshot, in fact they may be mathematically impossible given all of the different matchups and yada yada, but they can at least play spoiler for a bit. They will look to do just that in Week 16. AND FOR THE FISHING CLUB, they will continue to try and be the first team in I dunno a while to win the title and then fail to make the playoffs the following season. And now that I look it up it has never happened. So there you go. THE OGTFC CHASING HISTORY.

Isotopes Pitcher Of Note:  How about German Marquez giving the ‘Topes two excellent Coors starts with 9Ks a piece, IMPRESSIVE WORK for German and he gets dropped for his troubles (13.2 IP, 5 ER, 18 Ks, 2 QS, 2 Ws, 3.29 ERA).

MooniniteZ Hitter Of Note:  Keon Broxton went 0-9 and kept getting sat for Brett Phillips and now he is demoted to AAA and I am REALLY QUITE SAD ABOUT IT (0/9, .100 OBP).

ASSORTED MUSINGS/ANALYSIS:  I just do not really wanna talk about this one all that much. But if I were to repeat the theme from a matchup from above and ask just HOW this one turned out this way the answer would be DONGS. All the dongs. This one was neck and neck heading into the last 2 days of the matchup, MooniniteZ may have had a narrow edge even, and then the Isotopes just up and socked 13 HRs and knocked in 18 Runs over those final two days. The ‘Topes tied their season record with 24 HRs and would have actually exceeded it had they not sat Paul DeJong on Sunday night, in fact they sat a bunch of players just to preserve their margin of victory but I said I wouldn’t criticize it and I WON’T. Smart managing from a tough team, which is what I will call this team because it features the only current owner to have defeated my team in 2017. Speaking of my team, they pitched like shit in Week 15. NOT ALOTTA QUALITY AS USUAL (3 QS, 5.629 ERA), and the Isotopes also pitched pretty poorly but at least had some Wins to show for it and that’s how all of this went down. The Isotopes will now head to Lacey having won 2 straight, in one of the more important matchups in a time where all matchups are fairly important. The MooniniteZ have had their NON-LOSING STREAK snapped at 8 and will now have to take on a tough-in-every-category-but-Saves RRF squad. I think our “Magic Number” is kinda like ONE to clinch a bye if not the outright #1 seed but that is too math-y to talk about right now check back after I grab this next dub. 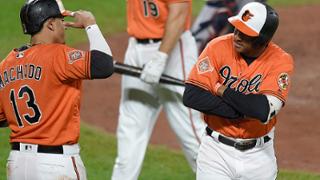 ASSORTED MUSINGS/ANALYSIS:  Once again displaying a “win at any cost especially if that cost is merely cheating a little bit attitude”, the Banana Slugs continued their assault on the standings and on integrity with yet another tainted W that rockets them up to the #2 seed with really the ONLY decent shot I see of dethroning the #1. Brent Suter tossed a quality start on Saturday, and I feel oddly compelled to point out Starling Marte‘s stats for reasons I can’t fully articulate: 9/27, 6 Rs, 2 RBIs, 3 SBs, .379 OBP. Not a bad week, on the base paths at least, for the recently-returned cheater.  Nor for the Banana Slugs team as a whole, as they posted an impressive 65 Runs and 69 RBIs and I think 60+ in those two categories is just flat out tough to beat. And maybe that is why the Bad Dudes flat out failed to beat em. The Bad Dudes can take solace in a league-best 91 Ks, one better than the X-Rayz and two better than the Titans and they are the only one of these three teams that didn’t win last week FUN WITH NUMBERS. ANYWHOM, the streaking/rule-straddling Banana Slugs now arrive in Q-Tip City having won four straight, one W away from tying the season high 5 week win streaks of the former 3PO. The River City Bad Dudes, on the other hand, head into Week 16 having stumbled a bit (2 straight losses, 3-5 over their last 8). And uhhh yea that’s where these two teams are at.

2017 WEEK 15 MATCHUP OF THE WEEK, SPONSORED BY THE CGI GREAT WHITE SHARK THAT WHOOPED MICHAEL PHELPS’ ASS IN A RACE LAST NIGHT

ASSORTED MUSINGS/ANALYSIS:  RANDAL GRICHUK nearly grabbed himself MVP on this one despite being a worthless FA. That is how this one shook out. Truth be told it went well down to the wire, with the BackdoorSliderz grabbing the temporary tie thanks to an IMPROBABLE 9th inning Matt Adams dong that allowed Freddie Freeman to score the 40th run for Lacey Twp. However the X-Rayz still had a one Yadi Molina in the Sunday night game and he promptly singled to lead off that game’s 2nd inning and then Grichuk promptly put one in the seats, giving the X-Rayz their matchup-winning 41st Run. This one was equally close in the RBIs cat with both teams posting sub-40 RBI weeks, which is a new line I just decided to denote a serviceable or good RBI week vs. a not that serviceable or bad RBI week. Anyways the X-Rayz won the not that serviceable RBI week 37-36, credit due to Mancini and weirdly Andrelton Simmons and even weirdlier Nick Williams. GRABBING PRODUCTION WHEREVER THEY CAN. With the victory the X-Rayz improved to 6-2 over their last 8, and they will now head to OceanGate and attempt to put a nail or two in a coffin. With the loss the BackdoorSliderz slide out of the playoffs, at least temporarily, as they’ve now gone 2-6 over their last 8 in a bit of a reverse Odom. They will take on a REALLY TOUGH Astoria team in Week 16, toughest I’ve faced I’ll say that much.

2017 Week 15 Review: ATTACK OF THE AL EDITION (not that I want to encourage naming the leagues AL and NL, I encourage renaming them every goddamned year)