Well, this is a weird feeling. For the first time in the history of the league, yours truly the TWO time champeeen River City Bad Dude–Margs are not chasing another title run. I know the rest of the league is as broken up as I was about this fact, but in respect of the remaining playoff chasers, we will press on and give a QUICK review of this first round of the playoffs in the year of our lord 2019. Without further ado:

They both did a nice job managing (not managing) their rosters and setting themselves up for their respective weeks in Round 2. Good for them.

NOTES: Shane keeping Mike Fiers has paid immediate dividends, as his centerpiece for 2020 throw a 6 inning 5 earned GEM. This start further entrenches him in the Leviathans 2020 rotation (I assume). Anyways, nobody really gives a fuck about the consolation bracket, but its really fucking swell to see Bryce Harper hit dingerZ when they don’t actually matter. Both teams had solid OBP’s (Shout out to the 2019 OBP record for Shane this week BUT THE MEDIA ISN’T REPORTING THAT) and didn’t start the requisite 12 which is just fine for this situation.

Next Up: Honestly who cares.

NOTES: I dunno. Aristides Aquino had a very nice week. The Renegades got some strong Japanese power with an Ohtani JROLL, as well as a lovely outing from Yu Darvish. One must think that this momentum will really push The Renegades into good form for next seas…………. Nevermind. Uh, moving on!

Next Up: Again, Nobody Cares

You just know you’re in for a long playoff week when you look at your opponent’s starting roster on a Monday and find 8(!) random pickups on for a doubleheader in Yankee Stadium. That’s not what you want, and for Sean’s Bears, the random beat-down continued throughout the entirety of the week. There’s no way to know if Sean actually paid attention this week, but if he did, he would have seen that the X-Rayz started 40 FORTY different batters! If I were Mikey T, I’d make some claim that this was DEFINITELY a record. I’m not sure if it was, but it was a record. Anyways, Jose Ramirez is good again, so he gets my MVP of the week award for this matchup. Also, it can’t feel good to see FORMER Bear, Domingo German tossing a 7-inning gem against his former team. Again, I’m not sure Sean noticed.

FOR THE BEARS, Max Munchy had a nice week, and the team sure got a lot of holds. Marcus Semien rung up a JROLL moral victory, and the Bears did not start 40 batters this week. That’s like all I got here. The real winner here are the Bears, as now their owner can paddle out to sea on his boogie board without having to worry about checking his roster. I think at the end of the day, both teams got what they wanted, and that’s really what this league is all about.

Next Up: Pacific Beach X-Rayz travel to the back woods of Lacey Township to face our defending champion. I expect too many wrestling comments.

Matchup of the Playoff Week, SPONSORED BY DICK’S SPORTING GOODS:

Wooooo boy. I mean, where to begin here. This matchup had EVERYTHING, and by everything, I mean that I really started following what was going on around 5:30 on Sunday night. But the drama was palpable heading into that 7pm Little League whatever the fuck that is that they do every year now. It honestly looked like the Fishing Club had this thing all done and dusted at the end of the day on Saturday, but low and behold the #Dopes decided to go out and have a fairly RIDICULOUS 6 homer 14 RBI Sunday afternoon (along with 2 holds and 2 saves) to take a 7-5 lead into this now historic 7pm game. Now, I didn’t watch the game, mainly because A-Rod is so terrible to listen to and he wears uncomfortably tight dress shirts, but the situation had the Topes getting into the semifinals if the score held. The OGFC needed a homer and a double from one of the Bell/Bryant/Rizzo trio, which in hindsight was entirely plausible.

The chat was FILLED with T comments saying, “I WANT THE CHAMP” and talking about his impending matchup with The BDSliderz. I remember thinking to myself “Just how much will I laugh if Bryant doubles, then Rizzo homers right behind him?” very early on in the game (while tracking on my phone, again A-Rod isn’t good). WELL GUYS you’ll never guess what happens in the 5th inning! Mitch Keller gives up a quick double to Kris Bryant, to prompt Mikey T to say something along the lines of “Uh Oh”. Now, we all knew what was coming next, which was inevitably the end of the Dopes I mean Topes season. Trying to rile up my good friend T, I said “Hey wouldn’t it be funny if Rizzo homered here?”. The chat BLEW UP. Rizzo had done it, something ALL TOO MANY have done off of Mitch Keller this season, but this one mattered. The Bryzzo combo had officially sent the hopes of Topes 2nd title crashing down in the Williamsport night. Many little leaguers were cheering. I assume T was not. Heroy was hungover and somewhat down about his victory. Nobody wins sometimes.

Let’s just give a big ole MVP to Bryzzo here for disemboweling the Topes on a late Sunday night.

Next Up: The OGFC head to the East Coast (?) to face the Kings, where there’s no doubt where Heroy will concede victory to R-mac about 15 times and proclaim that he doesn’t really care about this league anyways and wants it all to end.

TO SUM UP THIS WEEK: 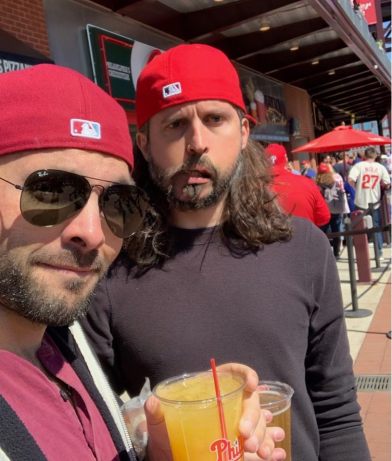 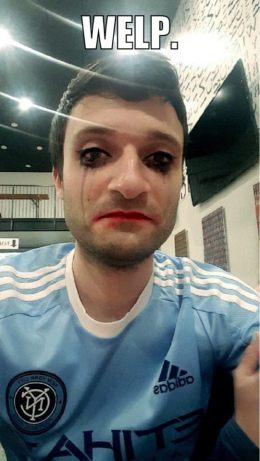 To the Club, Guys