Three weeks in the books, another 15 to go before we bet to #TheBracket. Unfortunately LEAGUE VILLIAN used some Sunday night Braves magic to remain undefeated, the only 3-0 team in the land (Bears and Bad Dudes are at 2-0-1). There’s also only one 0-3 in the land and that is last year’s BCS LOSERS the Astoria Isotopes (X-Rayz and Slugs at 0-2-1). So I mean that’s basically most of the records and stuff, you can either stop reading now or you can read the rest why would I give a shit either way…. WEEK THREE RESULTS DOWN BELOW, Keep On Steppin’ folks….

OH YEA ALSO WHY did I forget that I am s’posed to select the BBOTW ahead of time. We shall get back on track with that one, starting now.

Rojo’s Renegade Force THROTTLE The Lakehurst Leviathans, Leviathan Fans Urged To Not Get Too Nervous  –  11-2-1

LVP:  Jack Flaherty  –  Nobody was really standout shitty on O for the LL’s so we are just going to have to give this to the shittiest pitcher performance. This may be a theme this week, LVPs looked a bit *shrug* on my first pass through. Fret not we shall find a way.  2.2 IP, 5 ER, 4 Ks, 16.88 ERA

Key To Matchup:  DONGS. The Renegade Force hit a tied-for-the-week-and-season-leading 23 HRs in Week 3. The Leviathans only hit 9. Never wanna be in single digits in the dongs AMIRITE?! So yea the rest of the stat cats that correspond to HRs went about as you’d expect.

River City Bad Dudes Casually Beat Up Astoria Isotopes In A Matchup I Expected More Out Of Quite Frankly, At Least In The Group Chat  –  9-4-1

Key To Matchup: HELL IF I KNOW. This matchup seemed very boring to me. I am bored. It’s possible I just wasn’t really reading the chat as per usual but uhhh, WHERE’S THE PIZZAZZ HERE? Last week of Miguel Cabrera‘s legendary ‘Topes tenure and his line pretty much sums up this entire box score (6/21, 3 Rs, 2 2Bs, 3 RBIs, .304 OBP). THANKS FOR THE MEMORIES MIGGY (Shane you are required to add him).

MVP:  Christian Yelich –  Christian Yelich is a player on the East Coast Kings and NOT a player that is on Heroy’s team. Pay attention as this may come into play later. And it also comes into play right now because I am going to point out that Yelich outhomered the entire squad de la Heroy. He good.  10/24, 9 Rs, 8 HRs, 16 RBIs, .533 OBP     ***MVP OF THE WEEK***

Key To Matchup:  HEROY’S TEAM NOT ACQUIRING CHRISTIAN YELICH. RUMOR HAS IT once upon a time Yelich was offered to Team Heroy as part of a package of players for some other fuckin’ guy, and that package was declined. And so Yelich went out in Week 4 and out-homered Team Heroy in its entirety. Seems like a Key To Matchup if I’ve ever written a Key To Matchup AND I HAVE, like 10 or 11 times in fact.

Island Beach Bears And Barnegat Banana Slugs Tie Each Other, I TRULY FEEL IT WAS THE BEST WE COULD DO OKAY The Pitching Was Historically Awful  –  6-6-2

Whom Prevented Outright Wins:  Bears Starters / Jesus Aguilar  –  Okay we’ll get one name in, and that name comes from the Slugs. For the Bears a REAL PROBLEM was their starting pitching, only 3 SPs made it through the 5th inning one asshole gave up 6 ER without getting a single goddamned out. For the Slugs, Jesus Aguilar is to blame. I declare him back to shitty and it’s only a lil bit cuz of trolling.  2/21, 1 R, .136 OBP    ***LVP OF THE WEEK***

What Could The Slugs Have Done Differently To Avoid This Total Embarrassment 🙂 —  Uhhh dropped Aguilar? Coached up Ender Inciarte so he would have gotten more involved in the Braves Sunday Night Hit Parade? I dunno man…

(I dunno why I am acting so disgusted with ties but (at least for this week) I AM SO DISGUSTED WITH TIES, no Keys To Matchup those are for winners)

2019 WEEK 3 BACKYARD BATTLE OF THE WEEK, SPONSORED BY A POLAR BEAR THAT GOT A CT SCAN AND A SEMEN EXTRACTION VIA NON-HANDJOBBY PROCEDURE.… 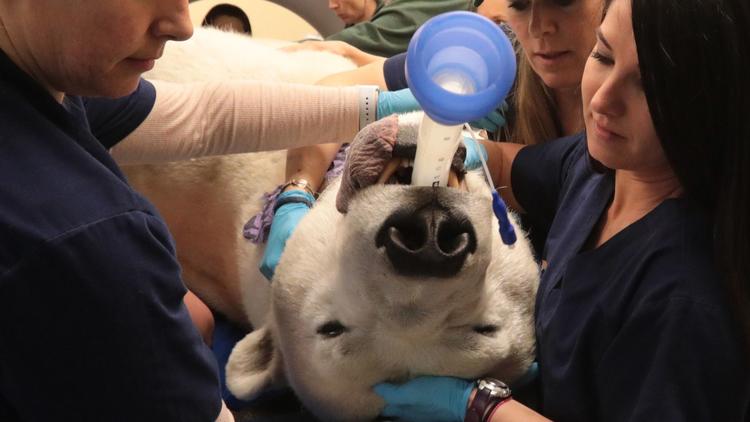 MVP:  Freddie Freeman  –  Freddie had a fine week and remains far better than Trevor Rosenthal and whatnot but really this one’s about the 2 Rs, 2 RBIs, and .800 OBP that he put together on Easter’s FATEFUL (for this meaningless Week 3 matchup, all other matchups and everything else in the universe also meaningless) night game.  6/24, 5 Rs, 2 2Bs, 1 HR, 5 RBIs, .357 OBP

BackdoorSliderz Pitcher Of Note:  Woulda like to have taken these guys down a peg by noting a deGrom injury but he seems to have dodged a bullet so WHATEVER Justin Verlander had a nice start meh (7 IP, 1 ER, 8 Ks, 1 QS, 1 W, 1.29 ERA).

X-Rays Hitter Of Note:  The X-Rayz continue to PLAY THE WIRE with a lot of the bats and they played the right card with Joc Pederson in Week 3 but yanno, he can’t hit lefties and he isn’t on their roster anymore and whatnot (8/23, 6 Rs, 4 HRs, 6 RBIs, .444 OBP).

OOF, Sunday Night Heartbreak strikes again in the Backyard and this time it’s the PB X-Rays left wondering just what…..went….wrong. What went wrong was Shane Bieber and the rest of the Indians were throwing bags of dicks across the plate on Sunday night but he isn’t on either roster so let’s discuss some guys who are.

The Rays were mostly cruising throughout the week but OH there were warning signs. Namely one:  a bullshit rain-shortened game CG by Jameson Tailon (5 IP, 1 ER, 3 Ks, 1 W, 1 CG) on Saturday that erased the Minor CG referenced above. That put the Douchney (his words, can’t believe I never thought of it) and the defending champeens within striking distance heading into Easter Sunday, and the Rays were able to maintain that distance (shout to Joc and his 3 Rs 2 HRs) alllll the way up until Sunday Night Baseball. And that’s when it fell apart: the BackdoorSliderz’ 3 Braves (Freeman, Albies, Acuna) delivered 4 Rs 4 RBIs and justttt enough OBP, the X-Rayz typical MVP (J-Ram) continued his atypically USELESS season, and when the smoke settled the champs had escaped via a +2 win in Runs, +1 win in RBIs, and +.001 win in OBP. Keeps Lacey undefeated keeps Pacific Beach winless. RATHER UNFORTUNATE IF YOU ASK THIS “BLOGGER”…

Week 4 will see the 3-0 defending champs in a BCS rematch with the 0-3 Astoria Isotopes, perhaps seeking to put a proverbial nail in Mikey T’s alarmingly light proverbial coffin. This is our first OFFICIALLY ANNOUNCED BBOTW of 2019, not because I think it will be competitive more because it’s the BCS rematch and the ‘Topes are staring an 0-4 start dead in the face. Elsewhere the Pacific Beach X-Rayz will try and shake off the heartbreaker when they take on whatever dumb fucking name Heroy goes with.