X*Rayz Hitter Of Note:  Billy Hamilton finally getting around to the whole stealing bases thing A LITTLE LATE, the rest of his production tends to be a bit unpalatable so you really want your B-Ham up around 40 SBs around this time (7/21, 2 Rs, 2 RBIs, 5 SBs, .333 OBP).

MVP:  Mookie Betts  –  FAREWELL Mookie Betts, for this is yet another season where the OGTFC will not be taking your talents to the Backyard Bracket. The OGTFC love missing the playoffs the way OGTFC ownership loves making 30 year old brides-to-be cry about their age. And strippers. And inappropriate comments in public settings. Also JROLL, maybe I’ll tally these up again who knows  13/29, 10 Rs, 5 2Bs, 2 3Bs, 1 HR, 5 RBIs, 2 SBs, .556 OBP     ***MVP OF THE WEEK***

LVP:  Evan Longoria  –  Evan Longoria has pretty much looked old and borderline unrosterable just about every week except Week 17 against the beloved Bears, which, rude.  4/23, 2 Rs, 1 RBI, .240 OBP

Morning Wood Hitter Of Note:  Almost wanted to point out Mitch Haniger because I point out JD Martinez every GOTDAMNED week but yea here’s JD’s line once again, those two are the bright spots on a dark-ish season in Q-Tip City (13/28, 7 Rs, 5 2Bs, 4 HRs, 11 RBIs, .531 OBP).

MW @ HOME THIS HAS BEEN KNOWN SINCE LIKE MAY

MVP:  Ronald Acuna Jr.  –  Welllll well well if it isn’t wunderkind Ronald Acuna Jr. waiting til precisely the right point in the season to start mashing dongs. This kid may end up being pretty good, along with all the other BackdoorSliderz kids, and now I am worried I might have helped create a monster going forward. MAGA TRAIN MOTHERFUCKERS.  8/27, 6 Rs, 1 2B, 4 HRs, 6 RBIs, 1 SB, .321 OBP

LVP:  JT Realmuto  –  The Warriors sorta lazily made their way into the playoffs, bye already in hand, and even TOP-RANKED FANTASY CATCHER ACCORDING TO ESPN PLAYER RATER JT Realmuto sorta took the week off.  3/21, 1 2B, 1 RBI, .182 OBP

BackdoorSliderz Hitter Of Note:  Matt Carpenter also still hitting dongs in case anyone was wondering, and MAN was this the wrong year to part with Matt Carpenter they even played him at 3B a bunch when they said they wouldn’t I HATE YOU MIKE MATHENY (5/25, 5 Rs, 3 HRs, 5 RBIs, .310 OBP).

2018 WEEK 18 BACKYARD CO-BATTLES OF THE WEEK, SPONSORED BY A BEAR PAIR

LVP:  Whit Merrifield  –  The Slugs blew their chance at the bye and they should very much blame Whit Merrifield, ironically.  ONE ASSUMES Vlad Jr. will eventually heal this wound FUCK YOU SHANE.  2/24, .154 OBP     ***LVP OF THE WEEK***

Banana Slugs Hitter Of Note:  Well JESUS (not Aguilar, who had 3 dongs) David Peralta where did this power stroke come from, usually this guy hits an annoying amount of grounders but also a good amount of triples but this year he’s getting that bitch a bit higher in the air (12/27, 8 Rs, 1 2B, 1 3B, 4 HRs, 6 RBIs, .483 OBP).

In a CARAAAYYYYYZAY “Winner Takes Top Seed Loser Doesn’t Even Get A Bye” matchup the drama just wasn’t….quite…..there, aside from the what’s at stake part. Credit where credit is due to both of these teams but particularly to the Isotopes of Astoria, whom outclassed the Banana Slugs in a few pitching cats that are the Slugs’ bread and butter (or whatever a slug equivalent to bread and butter would be, bananas and banana byproducts?). The Isotopes impressively grabbed both Ks and ERA en route to a 4-2-1 advantage on the pitching cats, and then they handled business on the hitting side as well to the tune of a 4-2-1 once again. Even with a sub-.300 OBP the ‘Topes stuck to their game of dongs and ribbies and the Slugs couldn’t quite keep pace, despite a solid offensive showing for a team that sometimes lacks on that side of the ball. Not sure this one had much drama despite stretching the possibilities into the Sunday night game, I don’t think ‘Topes ownership was livetweeting every second of that game so HOW AM I TO KNOW? How am I…..to know.

In the Backyard Bracket’s First Round the Astoria Isotopes will take a well-deserved break from action as the Backyard’s #1 seed overall. Meanwhile the Barnegat Banana Slugs (#3), for their troubles, have to take on a particularly dangerous #6 seed in the River City Bad Dudes. Yanno the team looking to make it to a fourth straight BCS, that one.

MVP:  Giancarlo Stanton  –  Giancarlo Stanton has stayed healthy for the Bad Dudes and ONE CAN CRAFT AN ARGUMENT had he not they’d miss the playoffs. Because like four teams were within a hair of the last playoff spot so one can craft an argument about just about anything. Is muh point.  8/27, 8 Rs, 5 HRs, 9 RBIs, .424 OBP

Bears Hitter Of Note:  I honestly have nobody to really commend here so let me just say I am confident a healthy Edwin Encarnacion would have hit 11 dongs over the weekend, he never lets me down come playoff time (2/14, 1 R, 1 HR, 5 RBIs, 1 SB, .235 OBP).

Bears Pitcher Of Note:  And for the last time just want to thank Aaron Nola for nearly singlehandedly willing us out of the depths of the league on the QS leaderboard, and for teaching me how to love (a pitcher) again (6 IP, 0 ER, 5 Ks, 1 QS, 1 W, 0.00 ERA).

And so the reasonnn the Slugs find themselves in a tough Round 1 matchup has a lot to do with a lot of different factors, the final spot in this year’s #BB truly coming down to some crazy tiebreakers and factors and yada yada. One of those factors was certainly an absolute COLLAPSE by the Bell Road Bears, which I cannot die is INTERESTING from a seasonal recap standpoint but also cannot deny not at all giving a shit about. BAD TEAM would have made no noise in the playoffs. The River City Bad Dudes however are poised to make noise, on the strength of a basically wire-to-wire Week 18 victory that gets them back in the dance (which they’ve been in every single time mehhhh). 4-3 advantage in the hitting cats and a 4-2-1 in the pitching stuff, shit pitching and injuries kinda robbing this one of much drama a Freddy Peralta Friday disaster sorta sunk the battleship longgggg before a Tyler Skaggs Saturday disaster had the chance to. And that was all she wrote for a team with numbers that likely should have stuck them with a Bonerz-esque record, and the team with slightly better numbers moves on and grabs the 6 seed. 3 teams from each division in the Backyard Bracket NICE SYMMETRY.

The River City Bad Dudes will enter the Bracket yet again, a 6 seed taking on the 3 seeded Barnegat Banana Slugs. The Bell Road Bears will miss the playoffs for the 2nd time in four seasons, book-ending two straight seasons of 1st round byes that lead to NOTHING and so questioning EVERYTHING about existence (jk I’m fine but feel free to try and trade for all my dudes of value, I want to join the MW @ the bottom SEEMS PEACEFUL DOWN THERE). 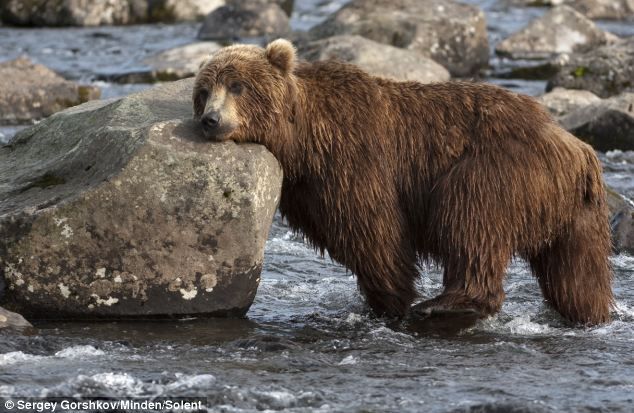 Now that we have looked at how we arrived at this #FieldOfSix, let’s take a look at the matchups that will determine which two teams will advance to Round 2 and a date with our top two seeds aka the fuckers below….. The Barnegat Banana Slugs enter the 2018 #BackYardBracket having jusstttttt missed out on a bye, and it kinda stings this year as now they have to face a very capable six-seeded River City Bad Dudes franchise. The Slugs find themselves with the season-long advantage in every pitching cat outside of CGs (3-2 Dudes) and Holds, however the Bad Dudes have the advantage in every hitting cat outside of Steals. These things don’t exactly play out along those lines in a 7 day sample size BUT this will be an interesting matchup nonetheless, damn good pitching vs. pretty good hitting and all of the SSS craziness in play.

One thing working in the Banana Slugs favor is a pretty convincing season series sweep of the Bad Dudes, with a 9-1-4 victory in Week 8 and a 7-5-2 in Week 17. The Bad Dudes will be the first to remind you that the playoffs are a different animal altogether howevs. Also please everyone support local artists and save the Brian skateboarding GIF to your phone for use 4e.

WHAT TO WATCH FOR:  DONGS.  The Slugs will feel good about their advantages on the pitching side of things, most likely, but what would realllllly help ’em, out is a powerful week for the Barnegaters coupled with a bit o’ a dry spell for the Bad Dudes. While River City grabbed a 10-2 RBI lead after Monday’s festivities they only did so on the strength of 1 dong, and everyone knows it is gonna take more dongs than that. Dong dong dong dong dong.

The matchup that was only allowed into existence because the higher seed here acted SOFT in Week 17, I could really end this here but I will continue. IRONICALLY ENOUGH Rojo’s Renegade Force leads the league in the power cats (HRs/RBIs) BUT if we are being honest here the BackdoorSliderz have just been fucking solid pretty much across the board, all cats they hold their own. Also if we are being honest here RRF don’t deserve to win another game this season. MIGHT be why the BackdoorSliderz just put up perhaps the greatest Monday batting line in Backyard Bracket history. Let’s highlight it here:  17 Rs, 4 2Bs, 7 HRs, 20 RBIs, 1 SB, .4366 OBP. In the words of Noob-Noob:

In the regular season the Lacey Township BackdoorSliderz won the first meeting between these two teams back in Week 8 (7-5-2). And THEN in Week 17 the Renegade Force started 11 and basically did that thing where dogs roll over as an act of submission, and so these two teams tied (6-6-2). So now you have the matchup that you have, with the BDSliderz taking a 1-0-1 regular season record into battle with these WIMPS.

WHAT TO WATCH FOR:  THE WILL OF THE FANTASY GODS. Life is all chaos and it is very unlikely there are “fantasy baseball gods” but also NO LESS LIKELY than any actual “God” so if there IS fantasy baseball gods (no way there’s an actual God) they are displeased with the RRF. And that is why they just got mollywhopped on a Monday in the hitting cats. These Bracket weeks they are long ones so this thing’s far from over, but if the BackdoorSliderz absolutely BLOW THE DOORS OFF this matchup I will certainly try and claim it is divine intervention of some sort. You should NEVER play for the tie, despite how pretty Rachel is.

(RECYCLED CLOSING PARAGRAPH ALERT)  AND SO THE STAGE……….HAS BEEN SET. BUT FOR REAL THIS TIME, THE BACKYARD BRACKET HAS BEEN COMPLETED AND THE BACKYARD CHAMPIONSHIP LEAGUE’S (BCL) 2018 PLAYOFFS ARE UNDERWAY AND WHO WILL MAKE THE BCS (BACKYARD CHAMPIONSHIP SERIES)? I KNOW I HAVE MY GUESSES. APOLOGIES TO THE  THREE LOSERS AND ME WHO ARE ALREADY GUARANTEED NOT TO MAKE SAID BCS, YOU HAVE ONLY YOURSELVES AND THE CRUELTY OF FANTASY SPORTS AND RANDOM CHANCE AND LUCK TO BLAME (AND ALSO ROJO AND AROLDIS CHAPMAN IN MY CASE. FUCK  EVERYTHING. BYBR1 TUNE IN……………….