The trade deadline will soon be upon us, ESPN is yelling at me on my team page about this fact, and I voted for it to come much sooner than this but the democratic system felt otherwise. NEVERTHELESS when it arrives we will be in a unique position in the league, as this is the  second year of the shortened season format and the  third year where all players will be kept into the offseason. Ergo, the deadline is going to be CLOSELY followed by the playoffs and ERGO 4-for-1 trades aren’t useless in the way that they might have been for teams in a pre-dynasty format. Certain teams no doubt have their eyes on the prize for 2018, certain teams might be all but mathematically eliminated (or actually mathematically eliminated) from contention for 2017, and certain teams might be somewhere in between. What follows is a brief preview of what are IN MY HUMBLE OPINION the Buyers, Sellers, and In-Betweens in the Backyard this season. Will also dig in a bit about possible trade targets, areas of weakness or strength, etc. etc. etc. for each. Just fucking read it or fucking don’t what do I care……..

So that was mostly just regurgitated from last year but whatever still mostly works…..

ANALYSIS:  The Bears went from the second hottest team to one of the league’s coldest, having dropped 3 outta 5 for A VARIETY OF REASONS. They still are in decent shape to grab the 4 or 5 seed but also could run the risk of falling out of the playoffs ENTIRELY if a 2 game losing streak continues on to three or four games. When in such a position it is prudent to not ignore the trade market, and perhaps the Bears could decide they don’t want to sit through some of the growing pains on some of their younger players and package them for something of a bit more consistency.

POSSIBLE NEEDS:  Perhaps an upgrade at closer or a speedster to help out in the SBs cat.

ANALYSIS:  The BackdoorSliderz reallllly don’t have a tremendous amount of weaknesses at this time, they only make the buyers list due to their precarious playoff positioning. An impact closer or an impact steals guy (perhaps the X*Rayz have grown tired of Billy Hamilton‘s struggles?) could provide justttt enough of an edge to assure this team of a playoff spot, while also improving their odds of making noise once settled into said playoff spot. One never really knows how attached other owners are to their particular prospects but the BDSliderz would certainly have some interesting names both in their minors and their rights system, should they show a willingness to deal any of them.

POSSIBLE NEEDS:  Some steals help, some rotation help, a closer if they’re feeling froggy (they never are).

ANALYSIS:  The Renegade Force is positioned fairly okay in terms of their chances of punching a ticket to the Backyard Bracket, however they also haven’t won since mid-June so TIME TO LOOK IN THE MIRROR. And should they look in said mirror they just may discover some vulnerability in pitching and in speed, some of their older ace types are struggling mightily in the dog days o’ summer here and they currently roster only one player that’s stolen more than one base in the last 30 days (Kipnis with 2, team leader is Springer with 6). So yanno FAR BE IT FOR ME to ever try and convince the RRF to not punt categories, that is not something I do, but generally one shouldn’t punt steals in the playoffs (see last year’s champeen for confirmation bias) particularly if they are also punting Saves. That’s like a QUICK 0-2 hole and that could be trouble. Worth. Looking. Into.

POSSIBLE NEEDS:  PITCHING AND PROSPECTS. They have a few pieces on offense, of course they could use a few more who cannot, but pitching has been big foible this season for the Bonerz. Also they could use a bit of a restocking of the minors system they’ve gutted a few times over at this point.

POSSIBLE TRADE CHIPS:  Honestly they’ve been KINDA picked clean but uhhhh OF Lorenzo Cain, 1B Carlos Santana, perhaps OF Justin Upton or 2B Daniel Murphy or some shit, OF Starling Marte if they wanna capitalize on the recent stretch o’ dongs....

ANALYSIS:  Oh, BONERZ. Not to be outdone by his inaugural season, Shane has somehow managed to improve his team’s overall stats while decreasing his team’s winning percentage. VERY IMPRESSIVE. Less impressive is the prospects this team has amassed in a reaction to all of the talent that has made its way out of town in a short amount of time. Vlad Guerrero Jr. would have been a real crown jewel but instead he got stolen by an evil in-law, and the prospects aren’t particularly promising. Not that there’s an automatic need to stock a non-playoff team with prospects but THIS TEAM could perhaps use an additional one or two, unfortunately THIS TEAM has already given away most of their biggest trade chips. And so here we are. A franchise picked all but clean.

POSSIBLE TRADE CHIPS:  OF Michael Brantley, 2B Brian Dozier, 1B Justin Smoak, C Yadier Molina if I get desperate…..

ANALYSIS:  OceanGate is once again set to miss the playoffs DESPITE HAVING THE GREATEST PLAYER IN BASEBALL HISTORY. It is a team sport folks. They also have Betts and therefore NO EXCUSES, blame your ho-hum Cubbie seasons and Trea Turner seasons all you like. Unlike our other seller the OGTFC minors system is actually in okayish shape, and like our other seller most of the OBVIOUS sell candidates have already done been sold (mostly thinking of Verlander). So yea tough deadline market is the entire point of this pointless article.

POSSIBLE NEEDS:  A longterm 2B worth a goddamn, starting pitching cuz I kinda say that for everyone except Ryan and Brian and Doch at this point.

POSSIBLE TRADE CHIPS:  SP Jake Arrieta, SP Carlos Carrasco based on rumors and innuendo, all da prospects if they decide they are GOIN’ FOR IT….

ANALYSIS:  On one hand the Bad Dudes are PERILOUSLY CLOSE to missing the playoffs and not being able to cite that dumb statistic about making the playoffs every season as if anyone gives as hit. ON THE OTHER HAND, they will not be interested in anything resembling a “rebuild” of any kind and won’t be formally eliminated by our trade deadline. So tough to say if the Bad Dudes look to move any more pieces, having already parted with some deadline currency in SP-eligible holds fellas and 2018 breakout Max Muncy. Should they see an opportunity to unload a guy they’ve grown tired of they may do so, particularly if the Backyard landscape looks cold to them and their playoff chances look particularly fleeting by Saturday AM. But also maybe they’re done dealing.

POSSIBLE NEEDS:  Hard to look at this team and not think they could stand to upgrade here and there on either side of the ball, so take your pick.

ANALYSIS:  The X*Rayz TOO find themselves in a tricky position, needing to win out for a chance to make the Backyard Bracket and avoid snapping their own slightly smaller playoffs streak meh. A team outside of the playoff hunt RARELY has need for an SP-eligible holds guy unless they think he’s gonna make a fine RP only, jury absolutely out on Hicks there. And aside from that it is a matter of either attempting to add a piece or two or attempting to unload a guy that you think is sorta peaking in value, and that guy may be Kenta Maeda and the team that desires him may be mine.

ANALYSIS:  Look the Warriors are fuckingggg cruissssssingggg so far be it from me to act like they need to make a deal, however The Baseball Gods have been doing their best to knock them off their perch and they currently have like eleventee DL’d players. Couple that with a looming matchup with the Isotopes in Week 17 that very well may have the #1 seed on the line and you have at least the POTENTIAL for the Warriors to at least be CONSIDERING dealing from a position of strength to shore up some injury-created holes. And that position of strength would be a stacked system of Low Minors pitchers waiting to graduate to a stacked rotation. Warriors could probably spare one or two or three if a deal made sense, though a 9 game win streak likely means there is no impetus to do so at this time. FEEL FREE TO ASK THOUGH, other teams. Otherwise this deadline is shaping up to look dead.

POSSIBLE NEEDS:  Pitching, one can never have too much pitching and behind Chris Sale and Keuchel there’s the surprising Tylers (Skaggs/Anderson) and then crickets.

ANALYSIS:  Another team cruising towards the Backyard Bracket and a possible bye, the Isotopes also have the interesting wrinkle of being able to possibly trade AGING DL’d or suspended stars to a team that believes they still will have real value in 2019. Trading players at their lowest possible value has been a bit of a theme in 2018 let’s keep it going. ALTERNATELY the ‘Topes could choose to part with some prospects if there’s pitching available that provides a clear upgrade to their staff. That is. The if. However. Or just ship out a prospect to upgrade the team in general (SP holds guy?) because flags fly forever and I haven’t seen the Isotopes win a playoff matchup in seemingly forfuckingever. See also this “flags fly forever” thing as the reasoning why I am suggesting they need pitching while also suggesting they trade some pitching that is just around the corner, THE ‘TOPES HAVE NEVER FELT CLOSER TO A TITLE.

POSSIBLE NEEDS:  Power hitting to kinda fill in after the beautiful moment when Jesus Aguilar, Max Muncy, Trevor Story, and Eddie Rosario all regress ever so slightly at precisely the same time.

ANALYSIS:   Barnegat is a team I almost threw in the “Buyers” section above because they could be a little luck and a little hot streak away from grabbing themselves a bye, yanno the bye they acted like they had clinched after a 7-1 start and have subsequently choked away by going 3-4 since? That bye. BUT I mean the Banana Slugs are still comfortably in the playoffs and nobody loves projecting their prospects more, so getting them to part even with the washouts (looking at you Kyle Lewis) could be tricky. I am confident Slugs management shall be doing its due diligence however.

I am also confident I am mostly out of things to say in this, BORING DEADLINE last year’s felt like it had more promise. See below for last year’s closing commentary when I felt the world was still full of wonder and possibility, I do not remember how many teams had ERAs over 4 at that time but we currently have 5 so that may be tied or topping it.

2017 closing statements – So there you have it. A bit of a preview of where IN MY HUMBLE OPINION all of your teams fall, and then an attempt to spice up the deadline by identifying possible trade chips and team needs and then just floundering and declaring everyone could use pitching. CUZ EVERYONE CAN, this is the most ERAs over 4 that this league has ever seen (probably a juiced baseball issue but still). So there. You have it. Happy Trading everybody…. 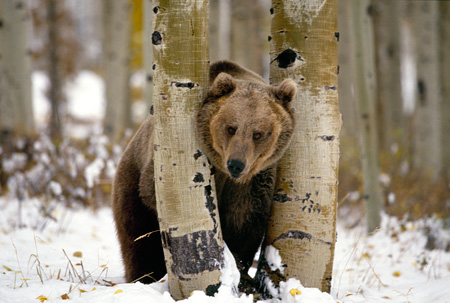