Due to the potential idea of constant restructuring of the divisions, the All Star teams shall be reduced to a single team. ONLY THE CREAM OF THE CROP from here on out. Also note, James Paxton would qualify for the team but is DL’d soooo he is DQ’d. 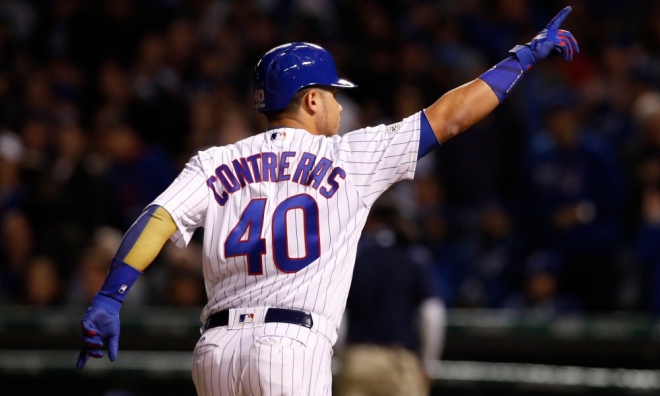 Despite the drop in dongs, Willson has been a lovely cat killa for a catcher in the Backyard format. FIVE triples is eye popping from this position, and at 26 he is the leading candidate to be here annually, barring a return of the Kraken in 2019. 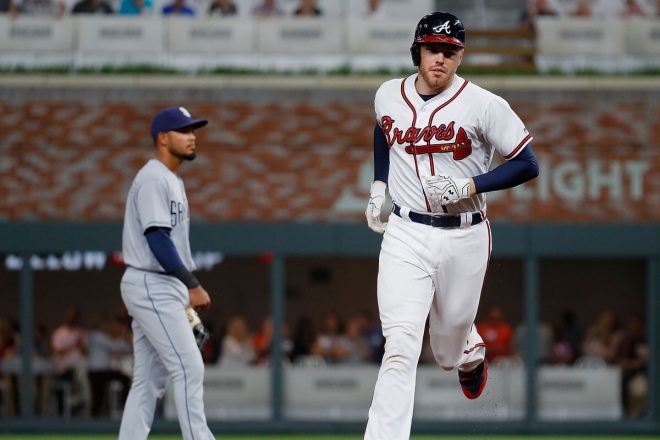 One of the more underrated players in MLB and BYB, Freeman is the old head of the Baby Braves Movement in Lacey. He’s stuffing the cats across the board, mixing in a healthy 3 triples and 6 steals from the usual post to post first base position. That .405 OBP really jumps off the page. 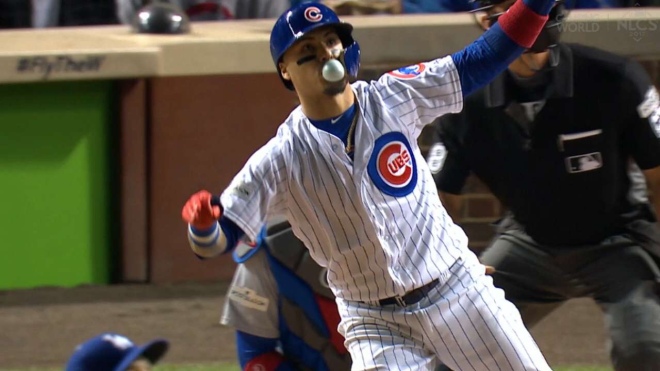 It all came together for Baez in 2018, and the Warriors are reaping the benefits. Their dedication to long term commitments to ubertalented players has paid off, seeing Baez lead the Warriors to the best record with his 5 tool ability. His arrow is still pointing up in our format, indicated by his 19 HR/18 SB line.

SPEAKING OF long term commitment, how ’bout those Slugs sticking to their story? Listen to their official theme song here. The Coors Field Factor not withstanding, Trevor has taken all Brendan Rodgers hype and knocked it out of the park. That .353 OBP is the real icing on the cake to this fairy tale.

OH YEAH…this guy. After finishing the season 7th in ESPNPR last season and winning the BCS MVP, Ramirez has somehow continued to improve and is now in the top tier of Backyard players. Tied for the highest score at the break, his 148 XBHs are the most in the majors since the beginning of 2017. 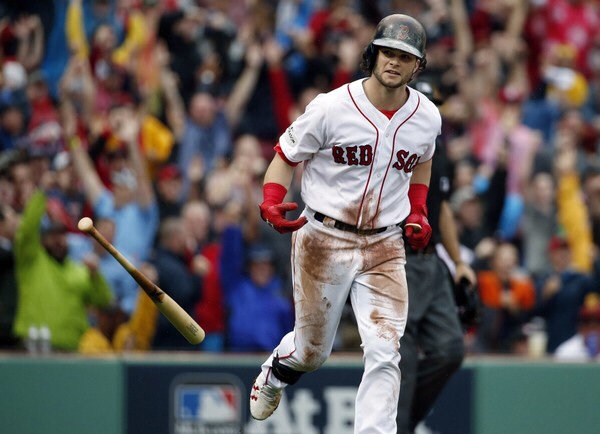 The Warriors and their damn youth movement. Another top prospect turned top player, Benintendi is stuffing the stat sheet across the board. That .380 OBP is oh so sexy for a guy that turned 24 earlier this month.

After missing out on making the squad last year due to being DL’d during the ASB, Trout makes his debut on this ILLUSTRIOUS team. Expect him to rack up plenty more appearances here, as that 17.59 player rating score could improve if the players around Trout in the lineup pick it up. 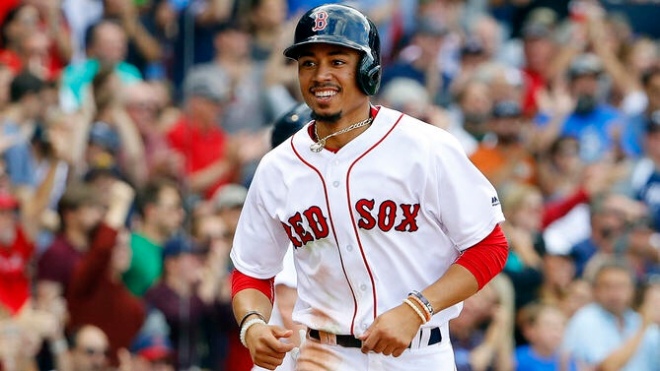 The Betts/Trout duo may have seen their fantasy team fall on hard times since its 2016 title run, but there is no denying Mookie has maintained his spot among the Backyard’s best. Tied with Jose Ramirez for the best score at the ASB, there is no reason to think Betts will slow down any time soon.

The first big trade addition to the BackdoorSliderz way back when in 2017, Bregman has proven to be the best young player on a team full of diaper dandies. Being locked into the stacked Houston lineup is one of his juiciest fantasy features, but his age (24) is his sexiest trait.

How do you make up ground in the triple-heavy weighted ESPNPR score with ZERO three baggers?Go out and score 85 runs but of course. Lindor is one of the most talented young shortstops you’ll find, but isn’t even the best 2B/SS on the Warriors according to ESPNPR: that’s Javy Baez. That just goes to shows how young and talented the Garden State boys are.

Lo and behold, a Q-Tip City representative! While there is no denying his lack of contributions in the speed cats hold back his overall Backyard value, he is bopping with the best of them over the last 1.5 seasons and should continue to do so in the batter friendly Fenway Park/Boston lineup. Considering he’s the oldest player to crack this list from the batting position AND plays for the last place Morning Wood, he could be wearing new BYB threads by the 7/28 trade deadline.

Yeah yeah, we all know how I feel about this trade. But there is no denying Q-Tip City took a chance on a player coming off a PED suspension marred season and it has paid off. Well, as much as it could pay off, which is him making this ESPNPR All Star team. As the SECOND oldest batter to make the 2018 team and also playing for the last place Morning Wood, one must wonder if he stays with the team past the trade deadline. 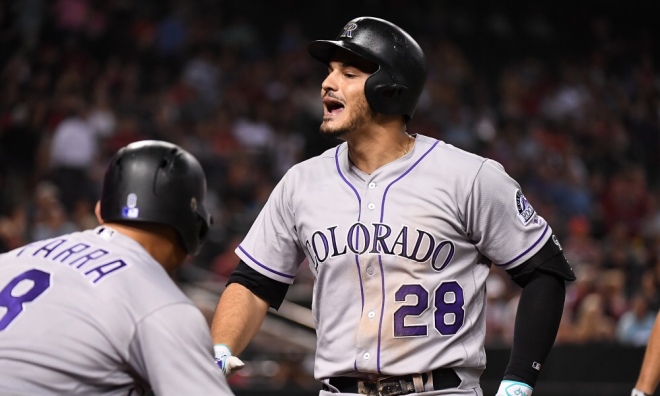 The headline blockbuster deal of the offseason saw the Isotopes land the Rockies 3B for 3 young, up and coming players. While Arenado is well behind the pace of 7 Triples he set in 2017, there is no denying he’s one of the most consistent and deadly power bats in the land.

Max being Max, continued. He remains the unquestioned ace of both the loaded Nationals AND Slugs rotations with his elite K numbers and consistency. He is always a threat to go 9 and/or strike out 15+ batters in any given start. 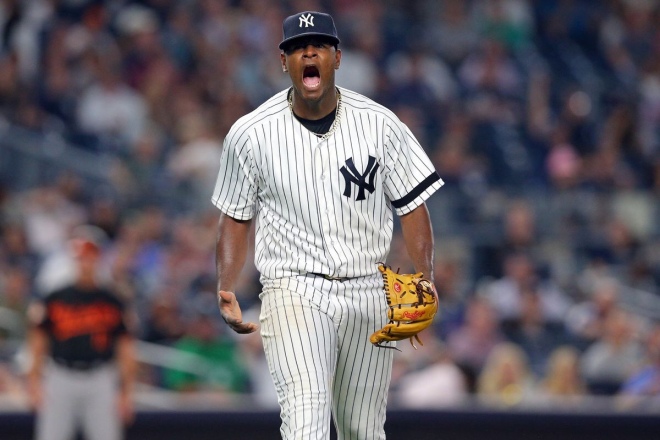 This is what I meant by loaded Slugs rotation in the previous entry. Barnegat boasts the two highest rated SPs in the Backyard and neither show any signs of slowing down. The big difference between the 2 aces: Severino is only 24 years old. The Slugs staff is in good hands for years to come.

In a dynasty league that’s so infatuated with youth and upside, Verlander has maintained amazing trade value. Flipped only briefly before the ASB in the Backyard, the Astros ace has mowed down the opposition with 172 in 137.2 IP. Lacey hopes to ride his arm deep into a postseason push.

Behold the power of the complete game to the ESPNPR formula. Despite only modest numbers in the other catz, Berrios makes the team at the ripe ole age of 24. Considering he was merely a piece in the package the Warriors acquired when they traded Chris Sale, management should be pleased with his progress.

Those zaney Astros and their magic strikeout dust they sprinkle on their new pitchers continues to astound. Not that Cole wasn’t filthy in Pitt, but he’s achieved a new level of K ability upon his arrival in H-Town. He’s also one of the longest tenured members of his Backyard franchise.

After the defending champion X*Rayz sent Aroldis Chapman packing in an offseason deal, there was no question they had fully invested in Sugar Diaz as their #1 RP. He has rewarded their faith, becoming the top closer in the Backyard/MLB this season. The only question now is: how good will he end up being?

The only player drafted in the 2018 Spring Draft to become an ESPNPR All Star, Treinen has dominated the backend of the Athletics and Bad Dudes bullpen. That sparkling sub-1 ERA goes beautifully with his 24 saves and 5 wins. Going off of previous trades and the current record of the Bad Dudes, it’d be no surprise to see Blake moved before the deadline. 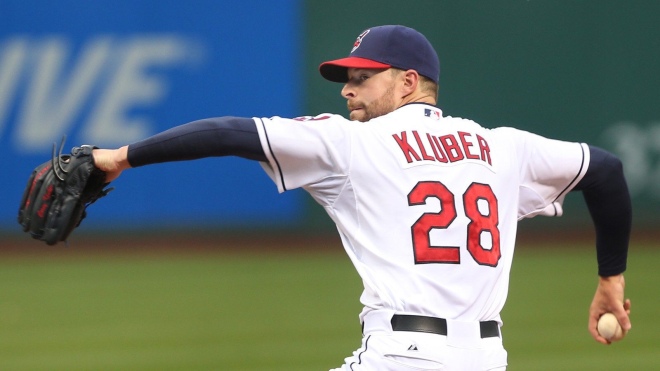 The Klubot continues his robotic like success, maintaining a sub-3 ERA and anchoring an otherwise injury ravaged Renegades rotation. There is no denying he remains among the top pitchers in the Backyard. 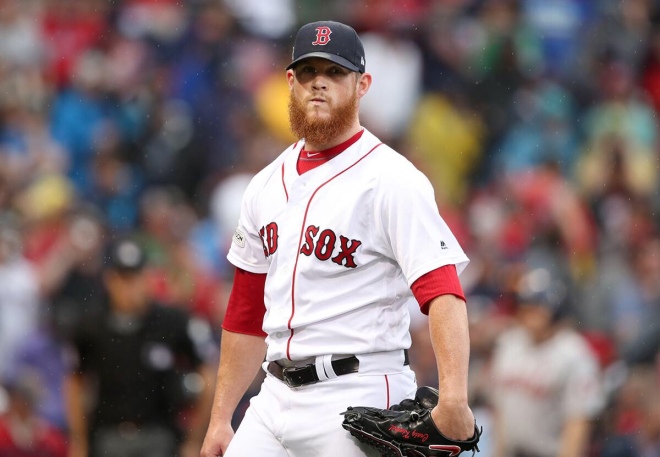 An underrated move by Garden State management in fortifying their bullpen late in March has brought us to this point. Kimmy maintains his spot among the premier MLB/Backyard closers and should be a contributing factor to their 2018 run. The saves should continue to come with both the Red Sox and Warriors in a playoff run.