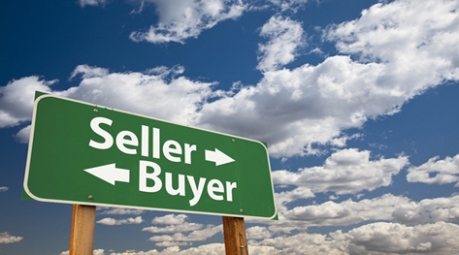 Yet another trade deadline has passed, and this one seemed far less frenzied then year’s past and maybe that is because of the newfound dynasty system and maybe that is a good thing. And maybe I don’t even know what I am talking about because I was riding around on a jet ski around the time of the deadline and to be honest I am still not sure what all of the trades were as I write this particular sentence. I also don’t think everyone properly heeded my brilliants BUYERS/SELLERS COLUMN from a few weeks ago, and that will be addressed as well. LET’S LOOK AT THE DEALS I’ve yet to address before dochney yells at me, SHALL WE??????? WE SHALL….

(it’s a little bit your fault)

CARLOS GONZALEZ, is now terrible and has no business being in any trades…..

MADBUM, back from that freak injury now and still JUST turning 28 and JUST AS GOOD as he’s ever been…..Ks are down slightly, ERA is about where it has always been, getting hit a bit harder than usual but allll in all still a very excellent pitcher and should remain top 5 or top 10 for years to come…..

Yasiel Puig and Kyle Schwarber, two buy-low guys that once had sky-high stocks in the fantasy world, also two guys who have pulled their numbers up to a bit more respectable than I had previously thought, so I am lumping them together here. One’s 26.7 one’s 24.33, one has 19 HRs/11 SBs one has 17 HRs and a .302 OBP (.187 AVG)….both have room to be better both through the rest of this season and into the future, and in fact both have already been much better in the 2nd half of this season vs. the first half…..they remain names to watch  in this part…..

David Phelps for the second year in a row a desirable fantasy piece, due to his ability to continue ending up as an SP-eligible Holds guy…..9.88 K/9, 3.53 ERA (3.46 FIP), 19 Holds, 2 Ws in 51 IP this season…..was shipped from the Marlins to the Mariners but he remains in the mix for Holds there…..a WIN NOW or at least MAKE THE PLAYOFFS NOW acquisition as he should lose the SP eligibility in ’18

The OceanGate Trout Fishing Club were determined not to succumb to their injuries at this deadline (see more below) and you can’t fault them for that. Rojo’s Renegade Force saw an opportunity to add a top 5 fantasy starter who is not quite 28 and you certainly can’t fault them for that either. The OGTFC knew they needed to inject some offense, and with Gregory Polanco and Trea Turner and Jason Kipnis on the DL they certainly have the space to try out some new bats, and it wouldn’t be out of the question for both Puig and Schwarber to bring their stock back up to the point where they could even be traded once again in the offseason if the OGTFC can’t find the room for them. At the same time these weren’t names RRF were terribly attached to, as they are seemingly taking the approach of attempting to ride whatever hot bats are available into the playoffs FUTURE BE DAMNED. With all of that in mind, despite liking the trade a lot for both parties, I will continue to side with the team that acquires the top 5 ace:  Rojo’s Renegade Force.

Brian Dozier is a player I have long wanted to acquire but I haven’t acquired him and now the dreaded OGTFC have em, he is 30…..he was also like JUST traded so I am gonna steal that writing:

Justin Turner is a guy I released and kinda wish I didn’t given the way the roster has fluctuated since then and yes I am making all of these all about me…..FUCKING .455 OBP, 19 2Bs, 11 HRs, 45 Rs, 41 RBIs, 2 SBs in 278 ABs…..he’s lost some time to injury and the power has been a bit depleted from a HR perspective, but Doubles are there and MAH GAWD that OBP…..that OBP plays in an OBP league, it’s a weeee bit of a mirage (.374 BABIP) but two years ago he ran a .404 BABIP across a similar numbers of ABs so MEH he could keep that number elevated…..the man hits a lot of liners and liners are good for BABIP…..don’t really have much else to say here, I heart Justin Turner and I think you should too…..

Brendan Rodgers,  soon to be 21 and the Rox top prospect according to I assume everyone (#7 overall BA, #6 BP, #9 MLB.com)…...324 OBP, 5 HRs in 124 AA ABs following a .419 OBP (.400 AVG), 12 HRs in 210 A+ ABs…..so MOVING RIGHT ALONG, coming soon to take Trevor Story‘s job…..how soon that will be I am not entirely sure, but the point is everyone thinks the guy will hit at the MLB level and I’ve seen the tools considered to be similar to Gleyber Torres…..will also have the Coors advantage…..Major League Comparison:  A MUCH BETTER TREVOR STORY. I am so mean to Trevor Story. No for real though I am unfortunately going with the other former Rox SS, Troy Tulowitzki….the Rox will hope a more durable version.

I LIKE THIS ONE A LOT for both sides yet again, which is unfortunate cuz I still have to pick one. And so I think I have to pick Lacey Township BackdoorSliderz, here’s why gang:  Basically cuzzzzz Rodgers has a chance to be really really good in the future and Turner has been almost as valuable as Dozier this particular season, albeit at slightly different positions. Turner was a super late bloomer so he’s really only been worth something the past like 3 seasons, and he is already just about 33, but for a team like Lacey with Altuve (and to a lesser extent Villar) already entrenched at the primary middle infield spots Dozier almost becomes a bit of a luxury. I don’t blame the OGTFC for wanting to acquire him, and it could very well pay off for them in the short term…..particularly if he’s about to embark on an August similar to last season’s August. But Rodgers might hurt down the line and Justin Turner might be as valuable or more valuable than Dozier for the rest of this season and for those reasons, I side with the souther NJ franchise.

Ian Happ is a just-about 23 year old 2B/OF for the Cubs enjoying his first taste of the big leagues, he’s been up since mid-May….. .320 OBP, 12 2Bs, 2 3Bs, 13 HRs, 31 Rs, 34 RBIs, 5 SBs in 223 ABs…..he was likeee the Cubs 2nd best prospect heading into the season, #63 overall according to Baseball America, I dunno what that makes him now JUST A GUY I think…..but a guy that has shown a bit of pop in his rookie season, and some versatility, and those things can play well in fantasy…..since he just broke into the bigs this season eels like I should throw in a comp and it’s going to be the super obvious one….Major League Comparison:  Ben Zobrist.

I like the Q-Tip City Morning Wood side of this one best. Let us get that out of the way early. Verlander was the quintessential “guy that should be moved from last place team at the deadline” and getting Ian Happ is a NOT TOO SHABBY at all return, the real Cubs would probably balk at such a price. And for the OGTFC they grabbed Verlander cuz I dunno, they are grasping at straws and finally got tired of Dylan Bundy and yada yada yada. So the QTCMW are the side I side with here. BUT, this doesn’t excuse the relative lack of selling that took place in Q-Tip City at this year’s deadline almost in PETTY DEFIANCE of my article. It just so happens that I know a few of the offers that came in for Zack Greinke, I am not going to go so far as to name the other names but REST ASSURED I AM DISGUSTED that he is still in Q-Tip City. He may look 22 but he is in fact old and plays his home games in a hitter’s park and you should have traded that man before the wheels fell off a la ohhh I dunno like the 2nd half of 2016. When he is dropped next season in early June I will name the names. I think he should have been moved. I also think a guy like Felix Hernandez should have been moved if anything of future value could be acquired for him, ditto really ANY reliever that you could get some upgrades for because that is a team in need of many many upgrades. But what do I know. GOOD JOB ON THE VERLANDER THING THOUGH.

So let this serve as my official Trade Deadline Review, and I gotta tell ya earlier in the season I was terribly worried that there would be 20 deals and my fingers would hurt from writing about them given the verbose Trade Reviews I had been occasionally cranking out. And mercifully, I guess, this trade deadline was a big disappointment and this wasn’t too intensive. THE FUTURE OF THE BLOG may still end up with some sort of monthly trade reviews only type situation, whom knows, but I just want to take this opportunity to say it has been a pleasure getting to critique everyone’s every move in a public forum even while making my own easy-to-critique moves. In the end the league mantra is that everyone should just “manage their own damn team” and I hope all that I have critiqued know that it is all in good fun, truthfully I could give a shit what you do with your rosters. I could also give a shit if you give a shit about me talking shit about what you do with your rosters. ALL IN GOOD FUN. SEE YOU WHEN TRADES OPEN UP FOLLOWING THE CONCLUSION OF THE PLAYOFFS MAYBE OR SOMETHING WHO KNOWS HOW THAT WORKS EXACTLY WE ARE FEELING OUR WAY THROUGH THIS DYNASTY THING.

2017 TRADE DEADLINE REVIEW BONANZA: NOW WITH LESS REVIEWS BECAUSE EVERYONE WAS GUN-SHY!