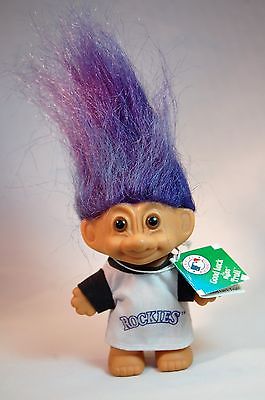 Few rookies, if any, have ever had a start to their major league careers quite as scintillating as Trevor Story’s.  Few league owners, if any, defend their players (sometimes to the point of delusion) with the fervor that Barnegat Banana Slugs owner Brian Smith will defend his players with (see:  Jose Bautista chat discussion from yesterday).  I think you see where this is going…..

Trevor Story began his big league career with a 2 HR day back on April 4th, 2016.  He would follow this with a home run on April 5th, another home run on April 6th, and finally another 2 HR day on April 8th (setting a record as the first player to ever homer in his first four games.  Young Trevor finally took a day off from hitting a HR on 4/9, before again blasting one on 4/10 (setting a record for most HRs in a team’s first 6 games of the season).  A LEGEND WAS BORN, and Banana Slugs owner Brian Smith was his typically humble self when discussing said legend.  Ultimately Story would end up hitting 10 HRs in April (tying a rookie record for the most HRs in April) and would keep up a pretty torrid pace throughout the season until a thumb injury cut said season short on August 2nd.  Now I am here TO POINT OUT THE OBVIOUS, that this was an unrepeatable performance and that regression shall come for thee, Trevor Story.  Oh yes it shall come for thee.

¹Readers may note that this is arguably the second installment in our Brian Bait Series, an unofficial sub-series to the 2017 Troll Series.

All date herein has been pulled from http://www.fangraphs.com and interpreted by the Main Street MooniniteZ Scouting/Stating the Obvious Department.  I will not be citing these works professionally because I don’t miss being in school quite THAT much (probably not at all actually).

Firstly let me discuss that after looking through the numbers, I cannot definitively present an argument that Trevor Story is awful.  Which is A SHAME because it would have made for a more fun article.  And because this article is mostly to push Brian’s buttons I didn’t really include many positive stats up there in the data (we live in a post-facts world) but on the positive side Trevor Story hits the ball hard as shit, a 44.9% hard hit percentage second only to David Ortiz in all of baseball (scaled to a minimum of 400 PAs).  He also rarely hits the ball “softly” with a “Soft%” of only 14.3%, good for 26th best in baseball.  So yea he will probably be fine, whatever.  ENOUGH PRAISE.

Young Trevor will have a hard time duplicating his hot start to last year because anybody would because that hot start was really really hot.  Even if we are to assume that the thumb surgery has done nothing to his power in the short-term (not necessarily a given), his power to begin last year was unsustainable and in fact failed to sustain.  Trevor’s ISO was a bonkers .435 in April before dropping down to .196 in May (think George Springer and Ian Kinsler for the entirety of 2016, so still very good), rising back up to .235 in June (Trout, Cano, Carpenter etc. so REALLY GOOD) and rising even higher to .338 in July (think nobody at all because that can’t last for a full season, Ortiz had a .308 and he was a freak).  Pretty much everyone has this volatility but pretty much nobody expects Trevor Story to ISO close to .300 again, early projections have him around .217.

Next we have a couple of things that all work in tandem here:  BABIP, K%, FB%, HR/FB ratio.  A bunch of FANCY PANTS NEW AGE stats that some of our league’s more Goose Gossage-y owners will turn their nose at, that I will now use to annoy Brian.  Story’s K% of 31.3% was 5th most in baseball² when scaled to 400 PAs, that number should and could come down a bit but will probably not come down toooo far given his extreme pulling fly balls approach.  This should put a bit of a ceiling on the ole’ batting average, and that ceiling he probably reached last year (.270-.275ish).  Early projections expect him at about .260 this year and if you ask this  I would cap him at about .250.  Story’s BABIP is certainly a bit on the high (read: lucky) side but for a man that hits the ball as hard as he does that can sometimes be understandable.  Where it CANNOT be understandable is when a man hits that many balls in the air, and that many of those balls in the air somehow find holes.  Trevor Story hit about HALF of all of his balls in the air in 2016 and about HALF of those found the seats, making him some sort of bizarro tiny white version of Chris Carter.  Which is all good and fine I GUESS, but Chris Carter also had a BABIP of .260.  As he should have, and kinda as Trevor Story should have.  Guys like Brandon Belt and Freddie Freeman are able to run high BABIPs with high FB percentages but that is a function of their high LD%, as line drives are far more likely to fall in for hits than your standard “fly ball.”  Trevor Story’s LD% is 34th in baseball (Freeman 1st, Belt 2nd) i.e. nothing to write home about IPSO FACTO LOWER BABIP IN 2017.

So after all of this we are left with but one simple conclusion:  Trevor Story is a fucking fraud.

WHY TREVOR STORY WILL HAVE TO REGRESS AND WHY BRIAN SMITH WILL HAVE TO MAKE PEACE WITH THAT:  ACKNOWLEDGMENTS

I would like to acknowledge that I don’t care about hurting the feelings of Banana Slugs management.

WHY TREVOR STORY WILL HAVE TO REGRESS AND WHY BRIAN SMITH WILL HAVE TO MAKE PEACE WITH THAT:  LITERATURE CITED

2017 Troll Series, Vol. 3: The Unfortunate But Unfortunately Necessary Regression of Trevor Story Because We Live In A World Governed By Natural Laws