Before we get started ALL OF US HERE at the Backyard Blog would like to congratulate Pine Lake Punchout’s owner Ryan McLaughlin and his lovely wife Joanna  on the birth of their baby girl, Evelyn Rose AND HOLY SHIT DEJA VU.  Please nobody else have any babies any time soon, this blog is no place for babies.  But also YEA.  Congrats to the crazy kids.  Yet again.

AND NOW ONTO THE SAD NEWS.  Round 2 saw the two top seeds go down, and with them the dreams of an Odom versus Sean Championship Round.  IT COULDA BEEN SOMETHING.  And now instead we are left with a Heroy vs. Lobman matchup that will force everyone to go through their own existential crisis when they think about whom they would rather see win.  I for one have done some soul-searching and concluded that I don’t want Lobman winning back-to-back championships (duh), and I will outline why I think HE WON’T eventually.  But first let’s get this out of the way…..Round 2 Review….

MVP:  Alex Bregman/Trea Turner – Before this matchup I alluded to the potentially important roles that Heroy’s youthful middle infielders might play and SURE ENOUGH they both torched the MooniniteZ in Round 2, so badly that I can’t decide whom was more impactful between the two.  Bregman:  10/30, 5Rs, 2 doubles, 2 triples, 2HRs, 8RBIs, 1SB, .375OBP.  Turner:  12/30, 5Rs, 3 doubles, 3HRs, 8RBIs, 3SBs, .438OBP

THE YOUTH MOVEMENT LIVES.  In a week that harkened back to other badly named Heroy franchises, this year’s badly named Heroy franchise leaned heavily on the young fellas in a fairly convincing victory over the Main St. MooniniteZ.  The OceanGate Trout Fishing Club flexed its youth muscle with an impressive trio of young middle infielders (one turned outfielder) in Trea Turner, Alex Bregman, and Corey Seager.  That trio combined for 16Rs, 7 doubles, 7HRs, 22RBIs, and 4SBs with only Bregman failing to record a +.400OBP (.375).  In a matchup where my “mediocre Trout week” prayers to Satan went answered (1RBI, no extra base hits for Trout), the OGTFC showed just how tough they can be as it didn’t much matter.  Heroy’s hitters easily took the runs and RBIs cats by 7 a piece, won steals 10 to 5, won triples 3 to 1, won doubles 19 to 15, and won OBP .336 to .316.  After that it hardly mattered what happened in the pitching cats, but they were able to win saves 6-5 for good measure (due in part to a Tyler Clippard save when Betances was unavailable) and win QS 8-6 despite a 5.27ERA.  For the MooniniteZ, it was a matter of not getting enough out of their offense and not pitching well enough to make up the difference.  A .316OBP and 38 RBI (on 16HRs no less) were a bit below expectations for the Moon men, and quality starts once again SUCKED as they only hit on a QS in half their starts (albeit with 99 total strikeouts).  This was an upset from a seeding perspective that would be tough to notice on paper, and for that reason the #4 seed OGTFC were (and remain) dangerous.  But also fuck em.

OGTFC hitter of note:  Corey Seager was another pain in the ass middle infielder last week, in a week where truthfully most of the OGTFC hitters could have qualified as a “pain in the ass” to their opposition (11/25, 6Rs, 2 doubles, 2HRs, 6RBIs, .440OBP).

MooniniteZ hitter of note:  As always Edwin Encarnacion tried to do his part, and I thank him for his efforts and I shudder to think of him possibly ending up on the Red Sawks next year (9/25, 5Rs, 3HRs, 7RBIs, .385OBP).

Next Week aka BACKYARD CHAMPIONSHIP ROUND (officially underway):  Heroy and his talented Trout Fishing Club (and their completely devoid of talent name) will take on the defending champion River City Cuban Missiles with the 2016 Backyard Championship on the line.  Sean and the MooniniteZ head home to PLOT THEIR REVENGE and also cry into a pint of Ben & Jerry’s vegan ice cream (chocolate fudge brownie) or some shit.

MVP:  Ivan Nova – If there’s such a thing as a Thursday fatal blow Nova would be the man responsible for delivering that to the X-Rayz via a CRUCIAL complete game Wednesday against the hapless Cincinnati Reds.  9IP, 1ER, 4Ks, 1QS, 1W, 1CG, 1.00ERA

LVP:  Jean Segura – Sureeee Yu threw a QS earlier in the week but the fact remains that when Rojo needed his PRIZED DRAFT PICK to toss a QS on Sunday, he failed him.  And that failure ultimately lead to the Resurgence’s demise.  YU DARVISH YU FAILED ROJO YU SONOFABITCH.  10.2IP, 8ER, 13Ks, 1QS, 1W, 6.75ERA

In a somewhat shocking/saddening turn of events BOTH 2016 top seeds, and former 3-peat champeens, ended up eliminated in Round 2 (*cue slow motion videos from September 11th attacks*).  This one stings folks, as Lobman now puts himself in position to win back-to-back championships and (ALMOST) ruin every last bragging point Odom/Sean have had (WOULD STILL HAVE THAT 3-PEAT ASPECT).  And how did he do it you ask?  He did it with a fucking Ivan Nova complete game on a fucking Thursday, and back to back triples on Saturday and Sunday (Nomar Mazara Saturday, Manny Machado Sunday).  These events helped conclude a fortuitous week for Lobman (get THIS his daughter even has all of her fingers and toes and shit) and send the X-Rayz to an unfortunate and unfortunately narrow Round 2 loss.  This isn’t to say that the Missiles performed poorly:  a .340OBP, 17HRs, 48RBIs, 7 Saves, and a 3.42ERA are nothing to sneeze at and that is why the Missiles one all of those cats.  However with the X-Rayz handily winning Runs (47-35), Strikeouts (82-72), and Doubles (20-4) and narrowly winning Steals (5-4), Holds (3 to 2), and Quality Starts (8-6) it really came down to fucking Ivan Nova and those fucking weekend triples (not that there’s anything wrong with hitting triples on the weekend versus any other day).  The lesser-acknowledged culprit would be a Friday night o’ games that saw the Missiles hit to the tune of a .389OBP while the X-Rayz scuffled to the tune of a .237OBP.  That effort from the X-Rayz (combined with a .234 team OBP on Sunday) did ’em no favors, as not only did they ultimately lose an early OBP lead but ALSO when you aren’t getting on base that means you probably aren’t hitting triples. So yea.  #Analysis.  #WCFM

Missiles pitcher of note:  At least Lobman finally went to the Kendall Graveman well one too many times, I was getting tired of seeing that always work out for him (5IP, 8ER, 1K, 14.40ERA).

Next Week aka BACKYARD CHAMPIONSHIP ROUND (officially underway):  The River City Cuban Missiles travel to Oceangate SO TO SPEAK  to take on the Trout Fishing Club in the Backyard Championship Round SOME FUCKIN’ WORLD HUH?  Odom and the X-Rayz head home to PLOT THEIR REVENGE and also self-medicate (marijuana) or some shit.

Now that we have looked at how we arrived at the #BCR, let’s take a look at the nightmarish matchup that will determine our 2016 champeen…..one that will surely be REALLY annoying for the entirety of the 2017 season.  As is their right of course. 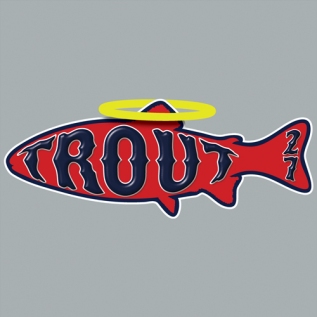 Sidenote:  I feel like maybe you are supposed to put the home team on the right side of the VS.?  But OH FUCKIN WELL

The River City Cuban Missiles find themselves in the BCR (Backyard Championship Round) for the second year in the row and I SUPPOSE this is where I am supposed to make my apology.  Previously I had referred to the way the Missiles needlessly gutted their team in the offseason and compared them unfavorably to the 1997 Florida Marlins.  SINCE they dragged their 6th place team back to the BCR (god REMEMBER how fucking close they were to losing that playoff spot?  SAD!) I can clearly no longer refer to them as the 1997 Marlins, and I mean clearly they didn’t “GUT” their team they just made a bunch of silly and unnecessary trades.  So consider this a formal apology and they will now be compared to the 1996 Atlanta Braves UNTIL PROVEN OTHERWISE.

The 1996 Atlanta Braves will take on an OGTFC team that has looked like the best ON PAPER team all season long quite frankly (I don’t feel like looking up the exact number now but they had A LOT more runs than anyone else, for starters).  But as we all know THIS GAME AIN’T PLAYED ON PAPER, it is played on the interwebs.  And it would be silly not to mention that Lobman has fared far better in the BCR than Heroy ever has and HEY maybe that points to something here.  But in the meantime let’s point to the season totals (and by point I mean copy and paste them from the last round when I wrote this shit up):  The OGTFC were first overall in Runs, HRs, and RBIs in the regular season; the Cuban Missiles were third in HRs and RBIs (and I dunno MIDDLE OF THE PACK-ISH in Runs).  On the pitching end, the OGTFC were third in saves and ERA; the Cuban Missiles were 9th in both those categories, but third in Strikeouts (OGTFC were 8th in Ks).  Throw all these numbers together and you have one team that seems to have CLEARLY fared far better in the regular season, and that team has also benefited from a late season injection of youth.  But I am sure Lobman is more than happy to play the underdog card (and PARTICULARLY PLEASED with those two awful starts from the OGTFC last night).

WHAT TO WATCH FOR:  YOUTH MOVEMENT(S) VERSUS TRADE CRAFT.  Be honest you like how I slapped the two WTWFs from last round together here, BE HONEST.  But really that is just it.  Heroy’s riding a wave of young talent that can mask slow weeks from his established stars, and there’s always a very good chance his established stars have very good weeks (with the exception of maybe McCutchen).  But Lobman knows how to get the most out of a roster and will attempt to do that for JUST ONE MORE WEEK, before dismantling it out of boredom next offseason.  As always it should come down to a bit of luck a bit of skill and a bit of MAYBE NOT TRUSTING ANDREW CASHNER EVEN AGAINST THE BRAVES.  And for the rest of the league, it’s a week of trying to decide your own personal lesser of two evils (#TeamHeroy) and pondering what can be done to make sure this BCR matchup never happens again.  Because DAMMIT ALL TO HELL.

SEE YOU ALL ON THE OTHER SIDE WHERE WE WILL CROWN OUR 2016 CHAMPEEN WHOM UNFORTUNATELY WILL NOT BE ME OR ODOM….